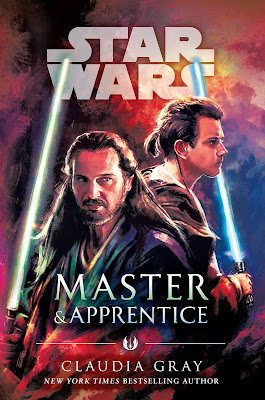 I am back with my Star Wars reads, something that I haven't done in a while now, but in my defense, I usually don't even have the time when Christmas hits.

I'd been meaning to read this particular book for a while because of the two main characters portrayed within, but then of course life intervened, and other things happened. Now it looks like I'm back on the Star Wars train for just a little bit, as you do occasionally, and I'm really pleased with the choice I made for book material.

It might come as a surprise to some, but I'm actually a really big Prequel fan, and with that a fan of the Old Republic timeline. I enjoy exploring more of the Republic during its heyday, or at least during a time when it was still functional, to a degree.

Some people may call it blasphemy, but I call it everyone has their own taste.

So let's check out Master & Apprentice and see what it's all about, shall we?
Read more »
Posted by Anárië at 20:45 No comments:

"There was an end ... and there is a beginning. 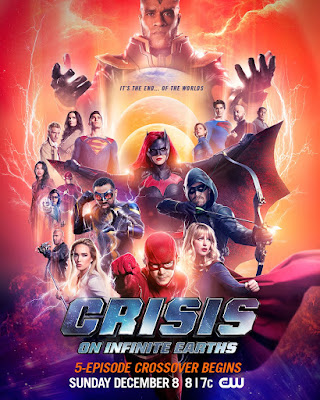 Still with me here? Have all your memories, and know Lex Luthor is a bad, bad cookie?

Or are you one of those multitude of numbers who believe he's the Nobel prize winner that he portrays himself to be nowadays?

A lot of things have changed in the Multiverse since the antimatter hit it, and tonight, we're going to be looking at just WHAT happened when it did, and right afterwards.

If you're unfamiliar with the word, hello and welcome to tonight's blog post, in which we try to summarise some of our thoughts over the Crisis in general, come to terms with facts about certain shows, hopefully save the Multiverse from disappearing entirely, and say goodbye.

Yes, it's going to be that kind of blog post.

After all, even though there's been multiple times a crisis has hit our heroes before, none have been on the scale of what took place between December and January on the CW network.

Crisis on Infinite Earths has come.

Only just getting to it now. Oops 😅
xx
*video not mine
Posted by Anárië at 21:58 No comments: 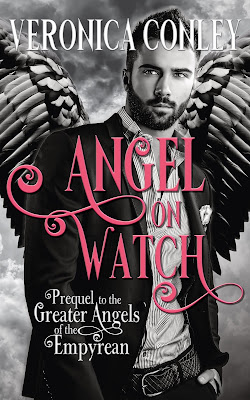 Tonight we're taking a look at a slightly different story.

A little while ago I was approached on Goodreads to join this new site that's still in the beginning stages, BookSirens, where readers and authors can come together and exchange ARCs and reviews.

Since signing up, I've read a couple of books and decided that I wanted to post a few of those on my blog as well, because I want to share them with you.

The first one of those is going up tonight.

If you've seen the movie City of Angels, this particular book might be right up your alley.

Angel on Watch is, after all, about guardian angels. 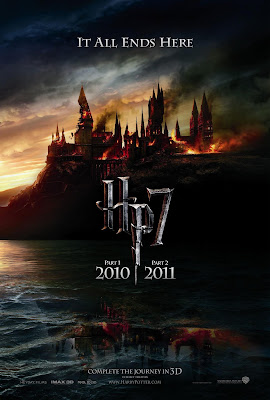 Well, here we are.

After a great number of pauses, full stops and definite breaks while I was doing something else entirely, we've finally made it to the end of the Harry Potter franchise.

I consider Deathly Hallows to be the end, despite the whole Cursed Child debacle, because I haven't had the chance to see the show and I'm not particularly inclined to, given what I've read in the printed version of the script, anyway.

So this is where Harry's journey ends for me, and probably for a lot of others.

It's been a long and bumpy ride, and there's been some chaos along the way, but we're finally ready for the very last showdown.

After all, Voldemort is waiting. He's got what he's been looking for, and now all he desires lies within his grasp.

Why don't we stop keeping him in suspense? The Deathly Hallows, Part 2, is here.

Saturday Snippet: Toss a Coin to your Witcher ...

xx
*video not mine
Posted by Anárië at 16:17 No comments:

Anárië
Bookish & interested in anything watch-able and read-able, and if you find anything on the blog helpful in any way, so much the better!

Flight of the Intruder
by Stephen Coonts

Dreaming the Eagle
by Manda Scott